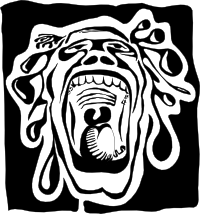 The other week I went on a workshop to learn more about the new 89/336/EEC regulations that came into force in the UK on 20th July 2007. Here are some notes cribbed from my notes, they're intended to be an overview: obviously for something this important you should get your own advice.

Out with the old ways...

For a long time it has been a requirement to certify that any product you manufacture for sale in the EU meets the "relevant standards", so it can have a "CE" mark. Until this July in the UK you could either do that by:

Device torture at the House of Pain

The last design I completed, for a smart 4-channel Analogue telephony device that can hook to the Internet, I went down the empirical test route. At a total cost of several thousand pounds the production device was tested at a real competent body with calibrated receivers and emitters, blasted with wideband radio signals, zapped with +/- 8kV discharges. The resulting report gave a very clear okay except on a minor issue to do with the AC power supply we had used. We also had to do specialized testing for the analogue telephony end, which we again passed, although not until getting a component supplier to make a special that actually complies with the standard. (Actually walking the device through this testing is a pretty sweaty business, since time is literally money at the test facility and wiggle room in the case of trouble is also in short supply. In one instance for example I was able to patch the sources in realtime when an issue came up during ESD testing that broke normal operation but wasn't enough to trigger the watchdog, turning a fail into a pass. So I would never send a device unaccompanied for testing, or go to a test house without a laptop with full sources to expect the unexpected.)

However the demands in the new regulations have changed significantly. You must now generate "Technical Documentation" for any product you will be selling in the EU. This is basically the old TCF route to compliance, but it doesn't itself necessarily remove or even perhaps reduce the need for absolute tests for a given device. Less well known is that if you are still selling devices first sold before 20 July 2007 come 20 July 2009, you will need to have made a new style Technical Documentation for them, or stop selling them. A lot of tech products from 2007 will be old hat by 2009 solving the problem, but it is not true in all markets. Typically the Technical Director of the company is the "responsible" as the French say who must sign off that the device meets the standards. What you are signing off on is that WHEN it is properly installed and maintained, and used for the purpose it is intended for:

So what is done with this "Technical Documentation"?

Nothing if you're lucky. The only people who can ask to look at it are the regulatory authorities, OFCOM in the UK. You don't publish it or register a copy of it. But you have to keep it for ten years after the last sale of the device for the authorities to ask for. It literally only exists to keep the signatory out of jail if the authorities ask for it. Not kidding about the jail -- if you don't have a satisfactory Technical Documentation to show, the criminal penalties can include a GBP5,000 fine and/or 3 months in jail. The key words about the Technical Documentation are that it should be "reasonable" and "duly diligent", as in "All reasonable steps are exercised and all due diligence to avoid committing the offense". That really sums up the job of writing it, you are trying to have an answer for anything that could be said was unreasonable or not duly diligent. While meeting budget constraints from the customer :-/

The ways that problems might pan out were discussed informally. It was proposed that roughly a third of companies, the presenter reckoned, have their head totally in the sand about it, and could expect trouble. Another third had made some effort in the right direction and another third spent the money and were golden. Another factor in how much shit would rain down in the event of problems was the number of devices sold, if it was millions and they were crap, expect maximum warp to jail. If it is five and they don't quite comply despite obvious efforts to prove it, maybe that won't be so bad. But who knows, some overkill is called for.

How likely is my Technical Documentation to be demanded?

In Germany, we were told, the authorities have a system of testing 10,000 models of devices a year, spread over the various types of product. In the first year (IIRC) it resulted in 105 prosecutions :-/ Another tidbit is in the UK, OFCOM are allegedly looking at training up 85 new enforcement officers. The mobile phone companies, due to the ruinously expensive spectrum auctions of a few years ago, are apparently agitating for more enforcement of the cleanliness of their expensive 3G spectrum.

What goes in the Technical Documentation then?

Here is the briefest outline: You can also get a Competent Body to "comment" on your Technical Documentation, as some fairly convincing assurance that it is adequate. This is really a seal on the "due diligence" aspect so you can really show you totally ticked every box to make sure it was compliant, but I guess only large companies can afford it.

If you manufacture or import stuff to sell in the EU, you are going to have to have Technical Documentation to keep yourself out of jail. For a standalone device, that means you're really going to have to not only look to dealing with EMC early in the design, with some kind of inhouse testing ability, but find the budget of a few thousand pounds to take it for testing at a Competent Body so you have something convincing and calibrated to put into that Technical Documentation. Not only that, but even determining which are the applicable standards is a huge headache if you try to do it yourself, there are hundreds of them: a Competent body can also help select the basic issue of which tests you are targeting. But it's not all bad -- if you make product variations around the same base, you can choose which variation to actually test as a baseline, and then for each variation see if it stands up to show they would not push the original base design over the edge. I have done this in the last couple of weeks, creating for a customer Technical Documentation for a sister device to one that went through actual testing at a Competent Body, and using the very large similarities to limit the amount of retesting needed. There are definite advantages to requiring this level of design scrutiny and justification, but the change to requiring Technical Documentation and the trend to increased enforcement over the ten years you must keep the documentation has definitely pushed the minimum cost and effort of bringing something to market up several notches.